People have used marijuana or cannabis for more than 3,000 years for a variety of health conditions. While the U.S. Food and Drug Administration has not ruled that cannabis is effective or safe for treating health problems, many states and the District of Columbia have allowed its use for certain healthcare purposes. 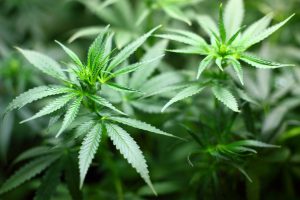 It will be interesting to see how the federal government continues to pivot its position.  Nonetheless, here are studies on marijuana and cannabis and their potential benefits in the medical field.

The National Academies of Sciences, Engineering, and Medicine published a report in January 2017 on the health effects of marijuana and its derivatives. The report suggested that cannabis or cannabinoids can be effective in the treatment of chronic pain, which is the most common use of medical marijuana. The same report claimed that there is strong evidence that marijuana can help with muscle spasms associated with multiple sclerosis. In addition, the Academies suggested that smoking cannabis does not increase the risk for cancers often associated with tobacco use – such as lung and head and neck cancers.

Another study published in the Journal of the American Medical Association showed evidence that “Occasional and low cumulative marijuana use was not associated with adverse effects on pulmonary function.”

According to the National Eye Institute, studies in the early 1970s suggested that marijuana use reduced intraocular pressure (IOP) in individuals, including those with glaucoma. The medical consensus today is that marijuana can contribute to the lowering of the IOP for a few hours only, which means that marijuana is not a long-term treatment for glaucoma. It is hoped that a marijuana-based compound will be developed that will give lasting results.

According to the American Epilepsy Society, some studies have shown the potential of cannabidiol to help people with epilepsy. Many epilepsy patients have reported that marijuana is the only treatment that helps them control their seizures.

Researchers at the California Pacific Medical Center Research Institute in San Francisco reported in 2007 that a compound in cannabis might help prevent the spread of breast and brain cancers. A study led by Kim Janda of the Scripps Research Institute suggested that marijuana might slow the progression of Alzheimer’s disease.

Marijuana for medical treatment is an exciting new frontier.  Continuing research is still needed to confirm its effectiveness in different arenas, but marijuana presents many promising possibilities for helping people with difficult-to-treat medical conditions.