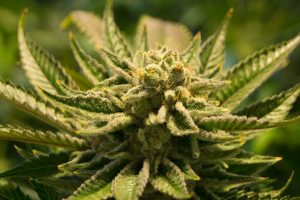 Marijuana/Cannabis plants come in different varieties. Some can be short, others tall, some male, others female, some skinny, some fat.  And when growers understand the differences between strains they can better manage their crops.  Here’s a look at some common strains:

Sativa is the most popular among marijuana smokers. It is not a thick plant, but growers love it because it can be very tall—up to 15 feet in some cases. Sativa has long and narrow leaves. The seeds are soft with no markings on them. Sativa takes time to grow.

Sativa is either cooked or dried before it can be used in either vapor or smoke form. Sativa has invigorating effects that make the user happy. It does not have sedating powers like some other forms of cannabis.

Cannabis ruderalis is one of the primary varieties of cannabis, but users are not drawn to this strain because it lacks psychotropic effects.  Growers love it because it is a producer of auto-flowering marijuana seeds. Breeders and growers primarily use it as a source of genetic material to facilitate the growth of plants in northern climate zones. The plant has thick foliage but usually only reaches two feet in height.

This strain of marijuana grows between 3 and 6 feet tall, with a bushy plant and round, healthy leaves. The buds and flowers of Indica grow very close to each other, mainly being used for hashish, making it a favorite among stoners.

Hemp is typically grown for industrial uses as a source of fiber for clothing and paper supplies.

Who knew that there were so many types of cannabis?  Where legal, growers have a lot of decisions to make before they start farming marijuana.  Their final choice should depend on the climate that it will be grown in, the amount of land that they have for their crops, and the intended use of the plant.